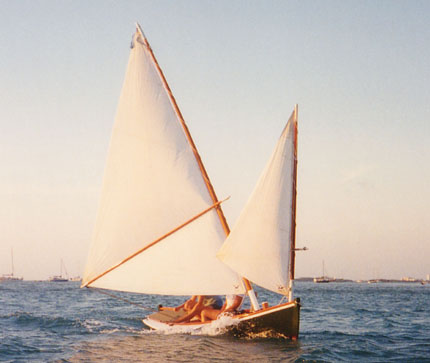 This is the “flattie” model of this skiff — there was also a V-bottom version similar to the 18’ Modified Sharpie Skiff.  The model shown here has deadrise in the stern only, and represents a transitional type between the pure flat-bottomed sharpie and the deadrise, or V-bottom, skiff (small craft), and skipjack and bateaux (large craft).  Another of this type is represented by the 24’ Chesapeake Flattie.  The 18’ Modified Sharpie Skiff is an example of the next stage of evolution on the Chesapeake.  In the words of Chapelle:

The model of the Chesapeake flattie was apparently created in an effort to produce a wide sharpie that would sail well.  A wide, flat-bottomed hull is often slow when loaded, and, when paying off on a new tack, the boat falls off badly before gathering headway.  This may lead to a knockdown or capsize in a fresh breeze, if the handling is careless or slow.  Someone had made the discovery that deadrise aft helped such craft, and so the cheap but efficient flattie model developed. The use of dead rise in the flattie seems to have been confined to the Bay and to boats turned out by one northern builder, Clapham.  [Thomas Clapham of Roslyn, Long Island] These stick-up rigged flattie skiffs were highly regarded [on the Bay] and did not go wholly out of use until the motorboat drove sail out.  The skiffs were particularly approved of for weatherliness in a fresh wind, and some were said to be able to go to windward in strong winds under the stick-up sail alone, which seems impossible theoretically.  [American Small Sailing Craft]

I wrote an article for Wooden Boat Magazine about UNICORN, which I built in Key West, and which performed beyond my wildest dreams...she planed to windward! The source for this vessel is Fig. 113, American Small Sailing Craft. 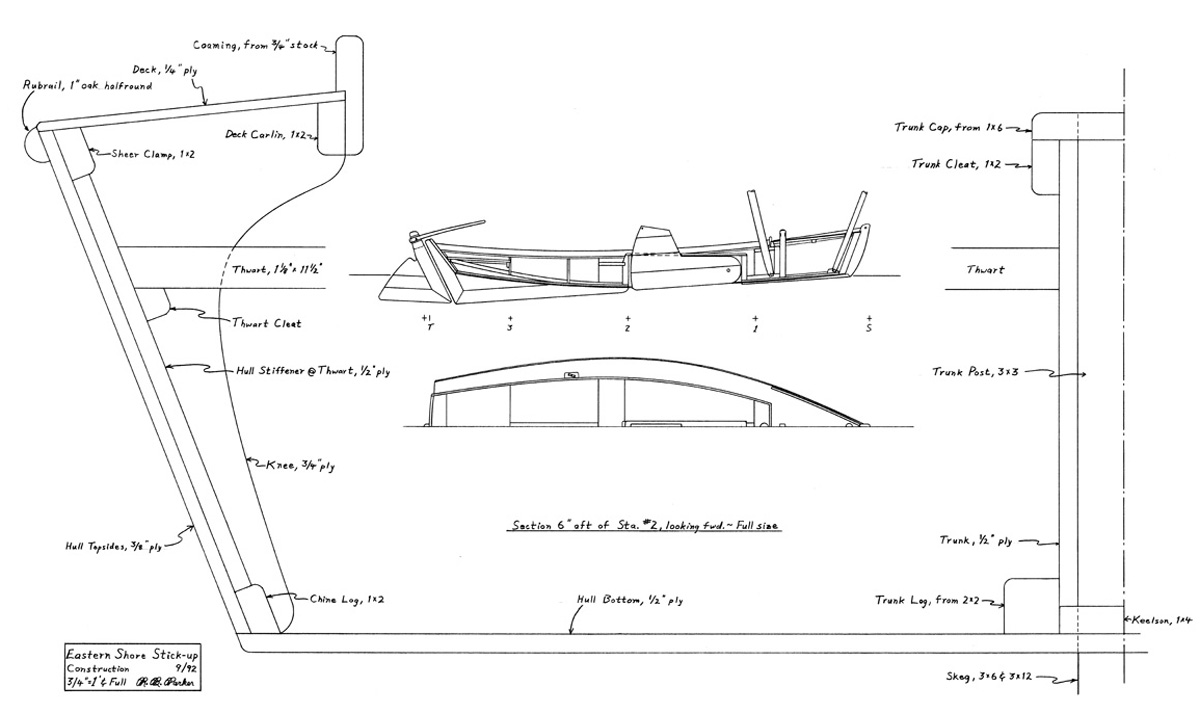