THE SAILING LIFE IS WHERE IT’S AT!! 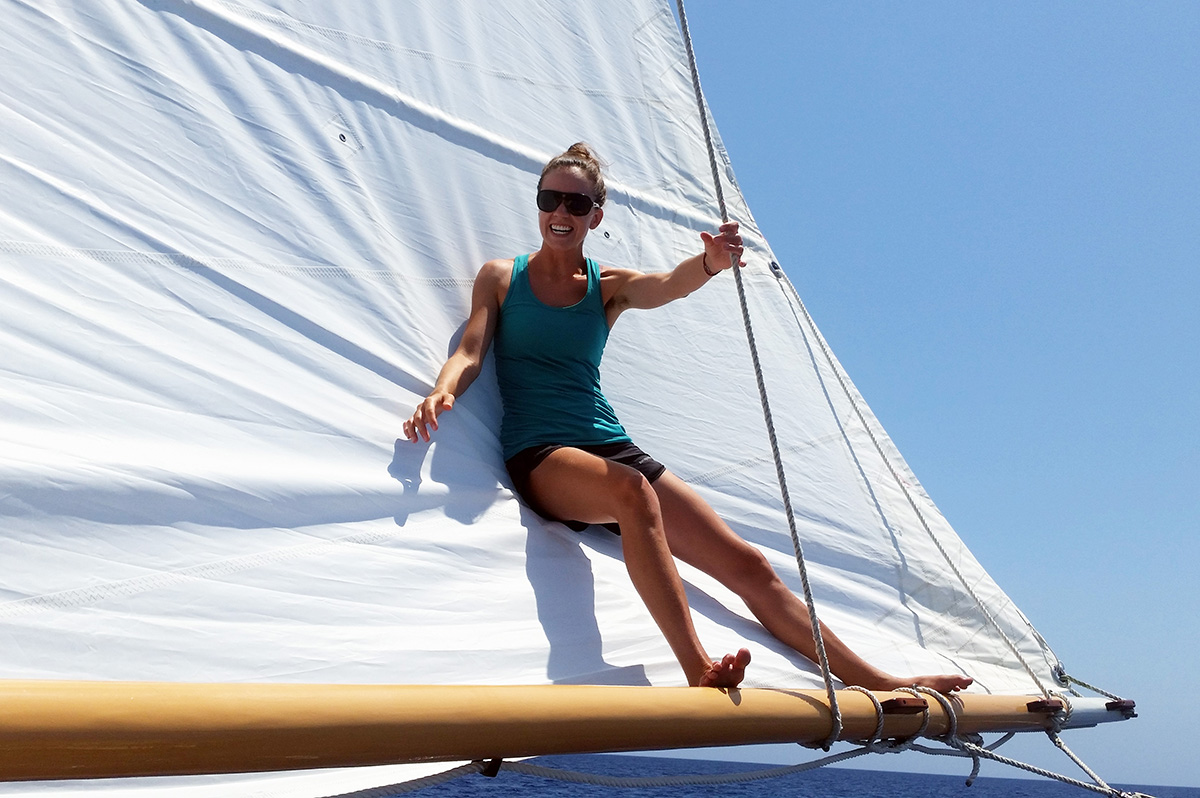 Canadian first mate Becky on IBIS in the Bahamas, early 2016 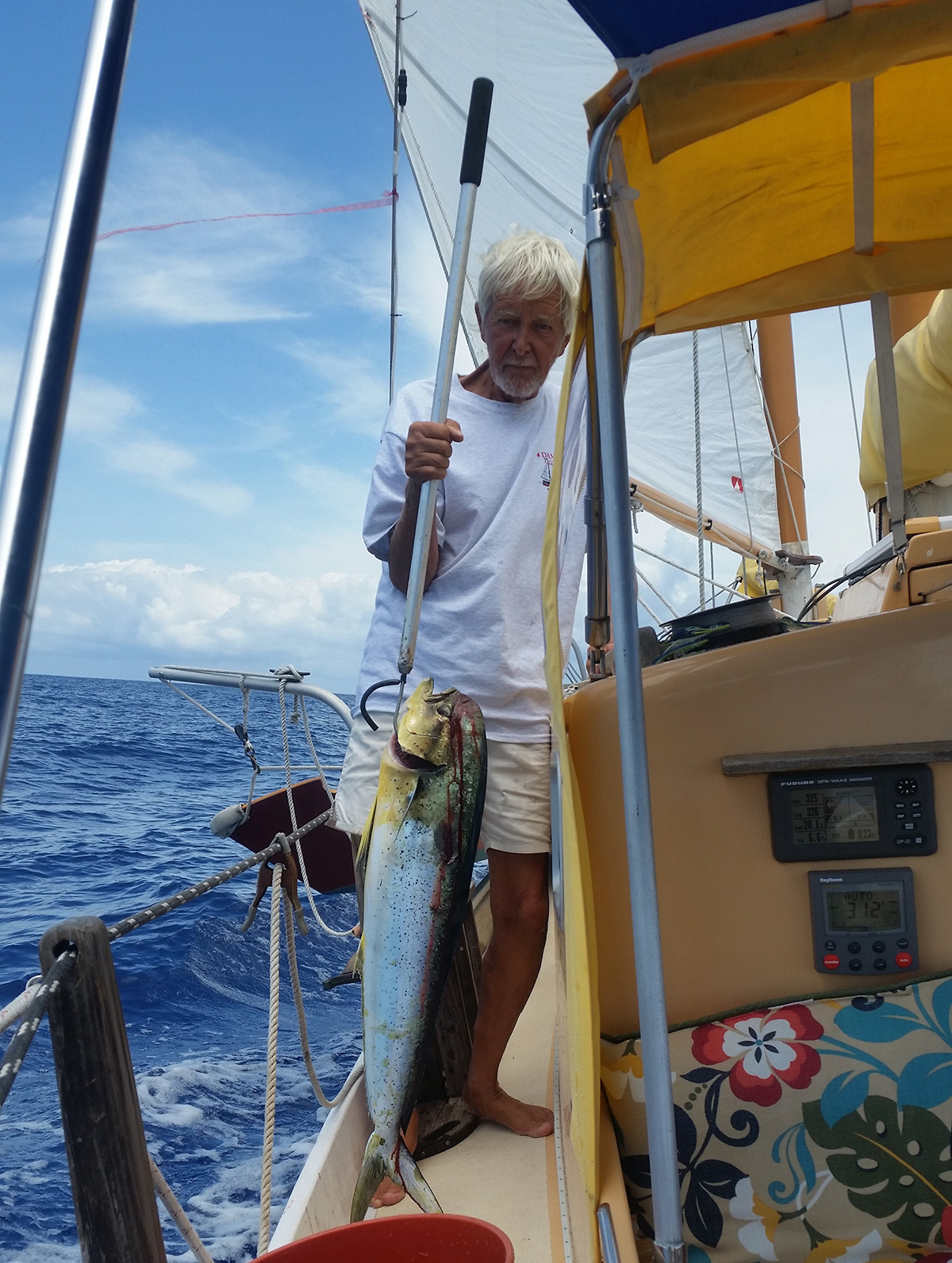 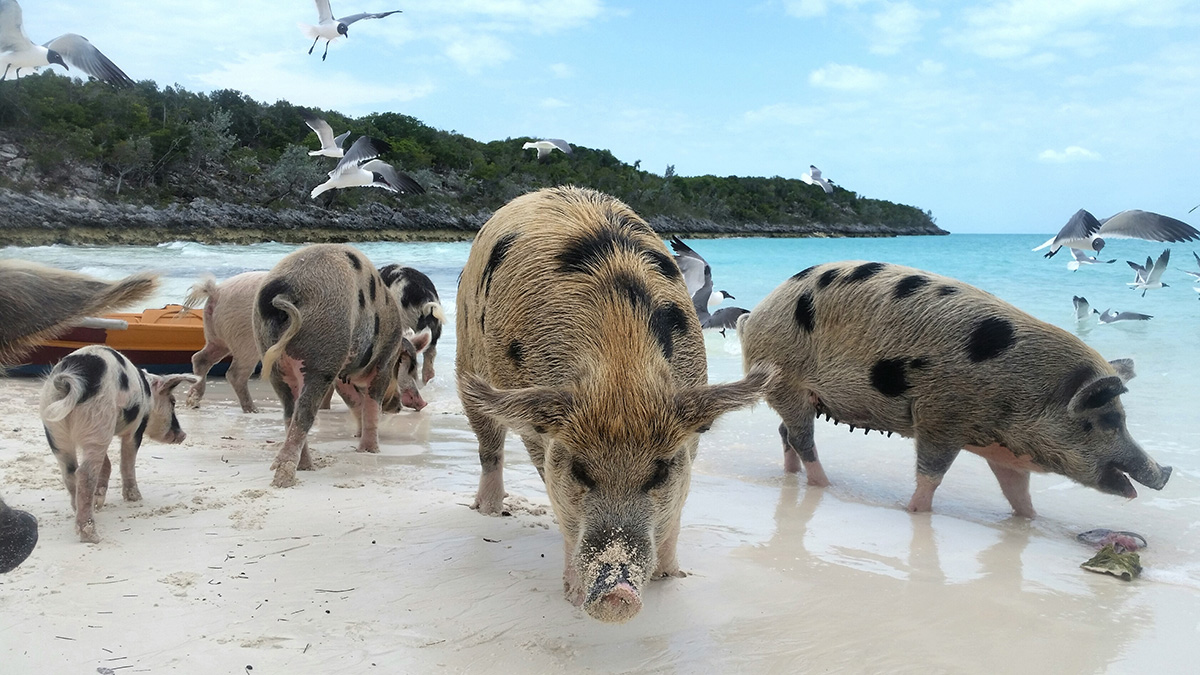 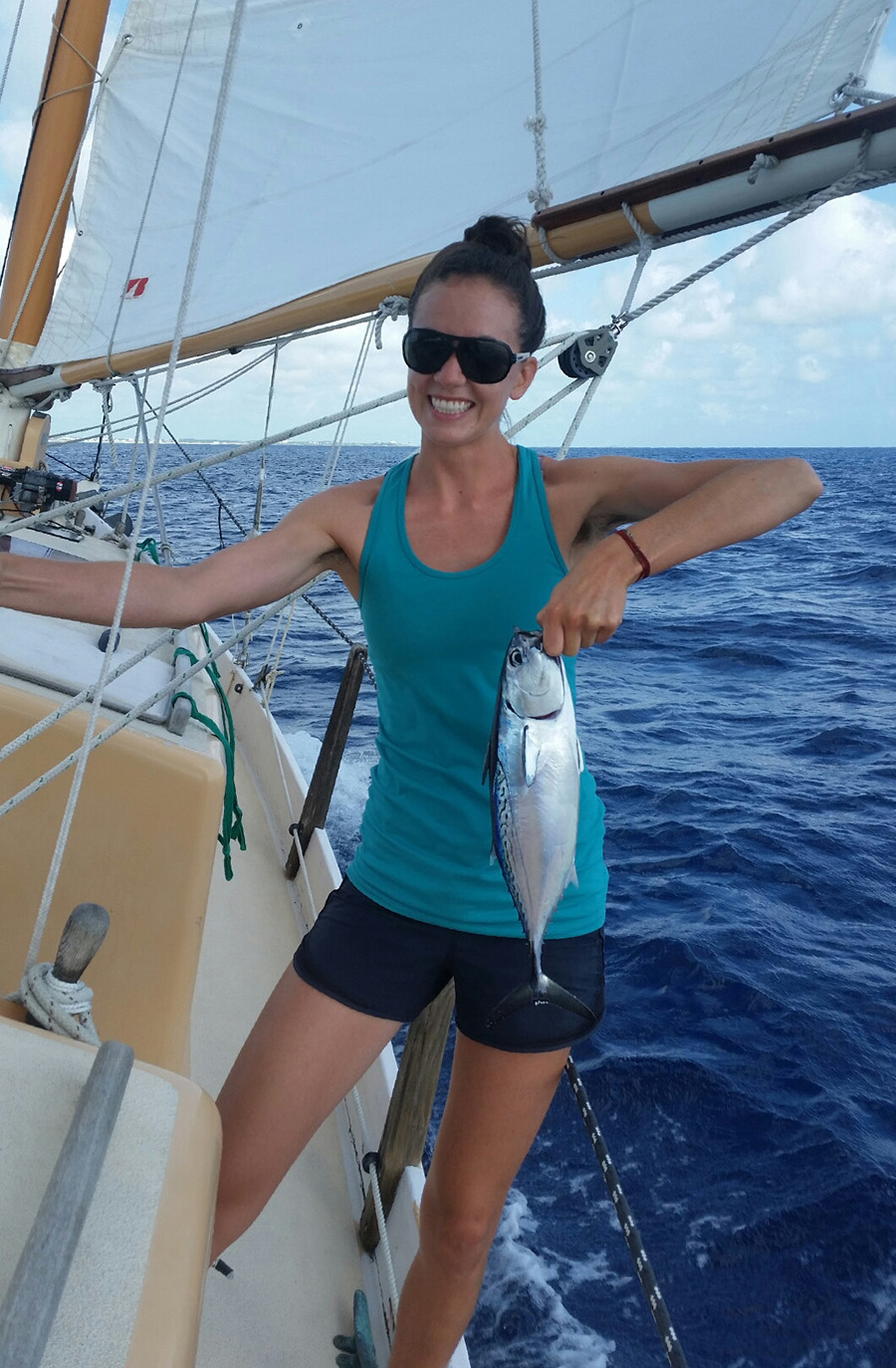 This is a 1950’s two person expedition Kayak with a 500 lb carrying capacity. The restoration was done using Okume African mahogany marine plywood and epoxy. Seams are glass taped. 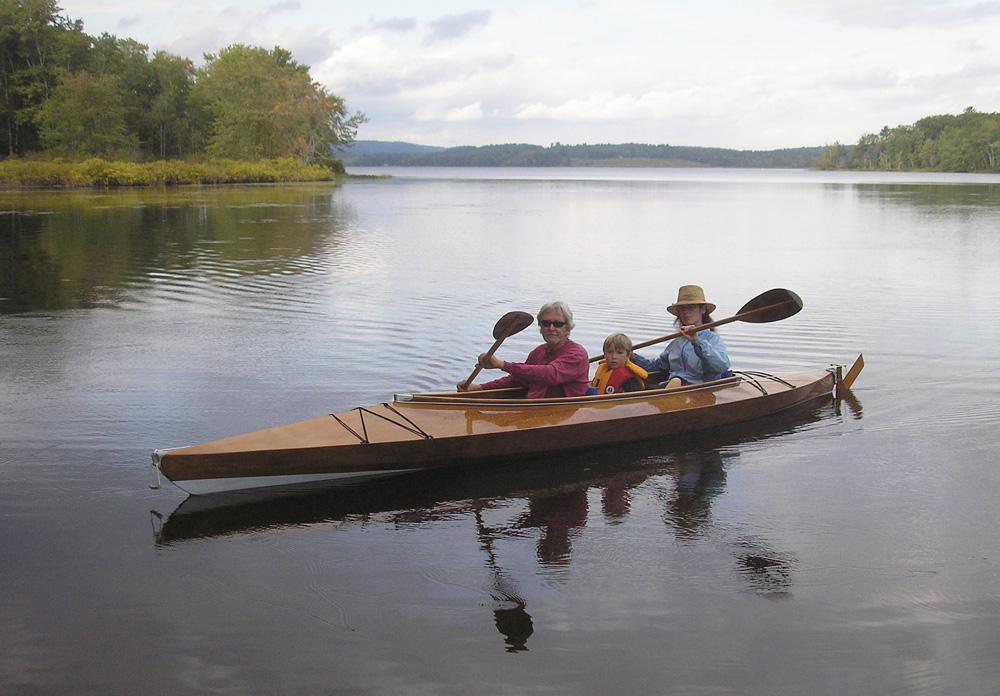 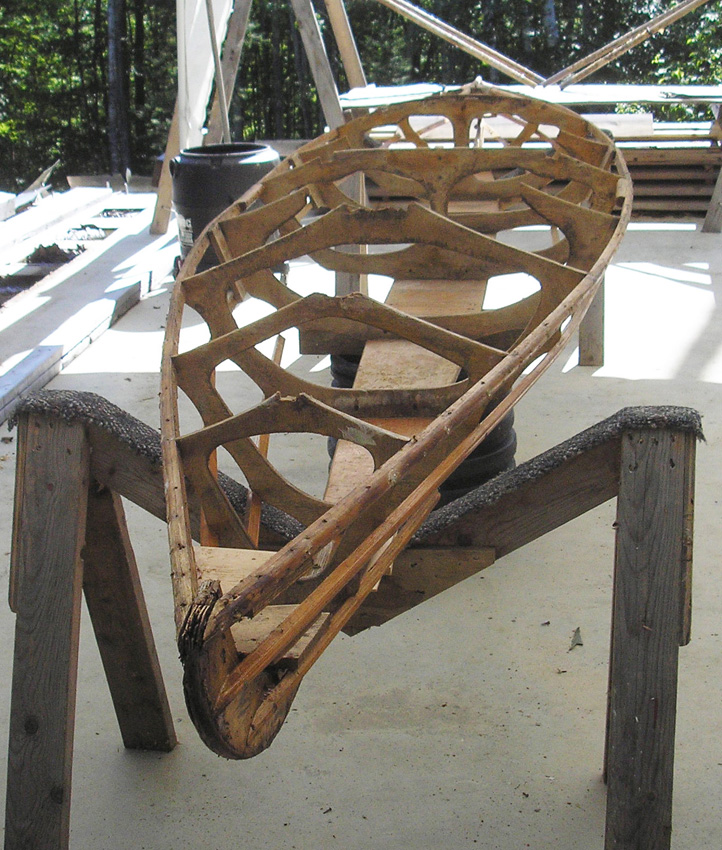 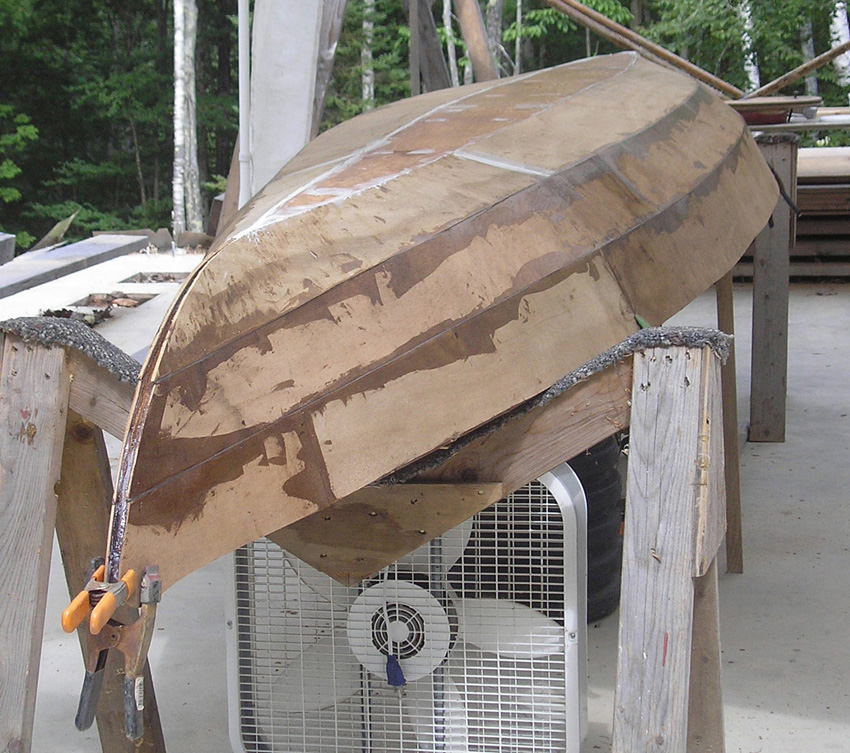 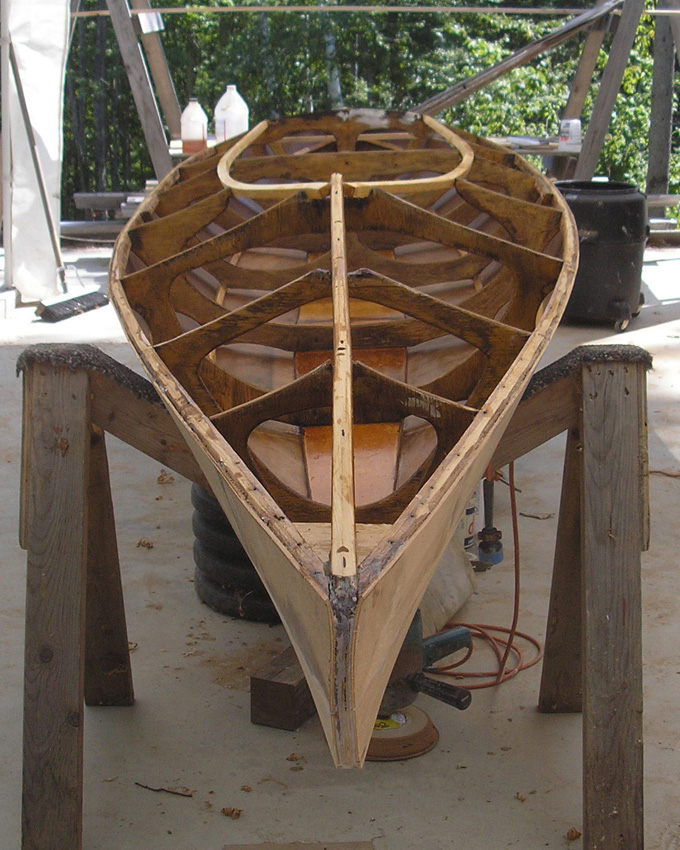 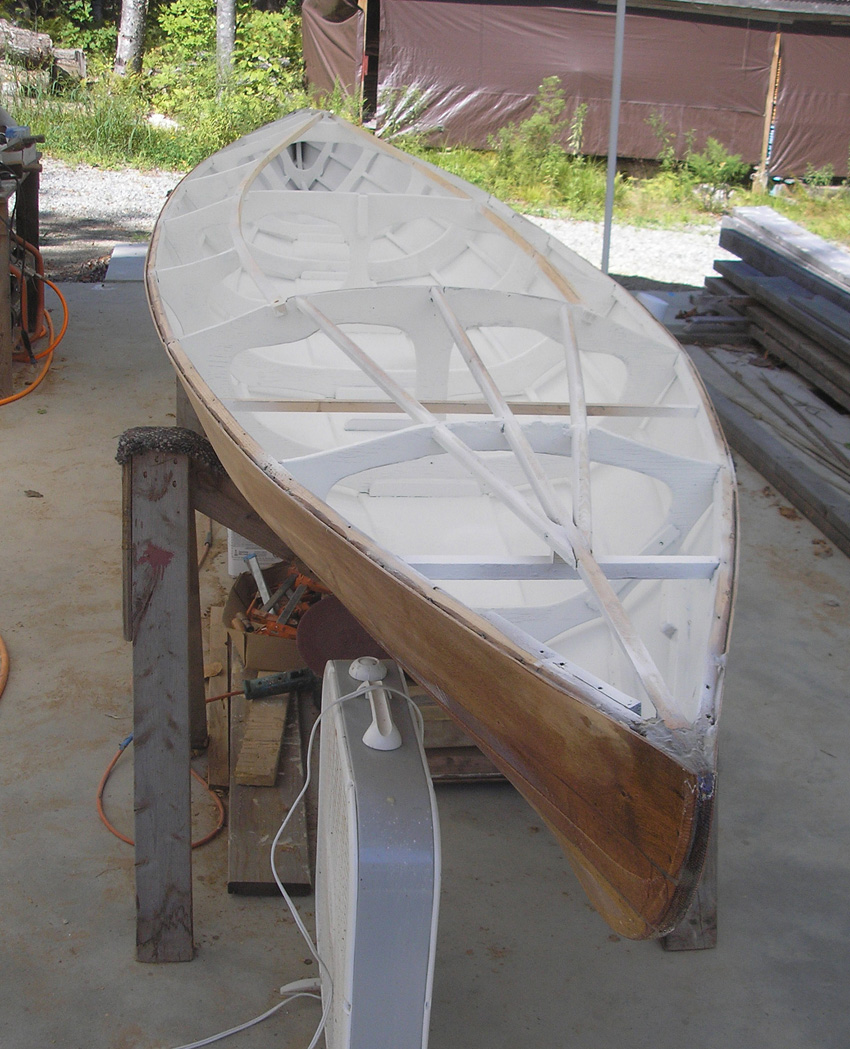 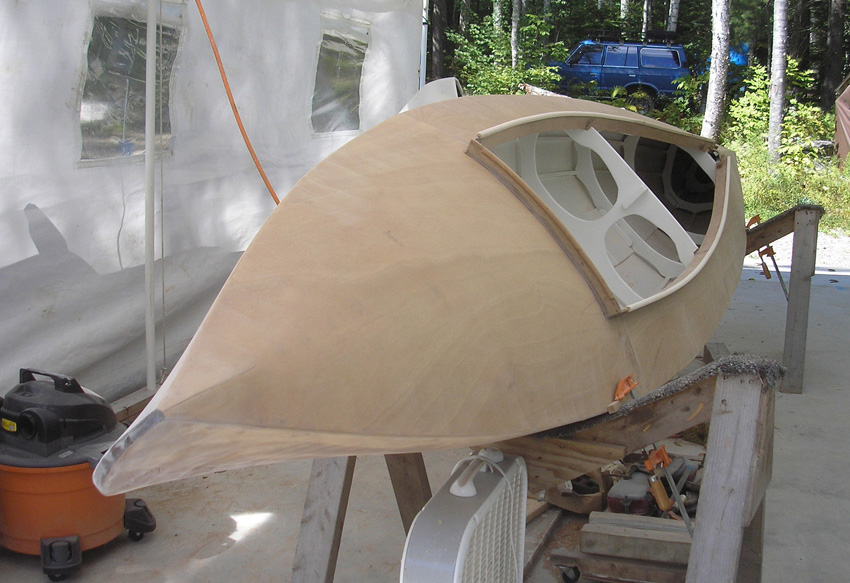 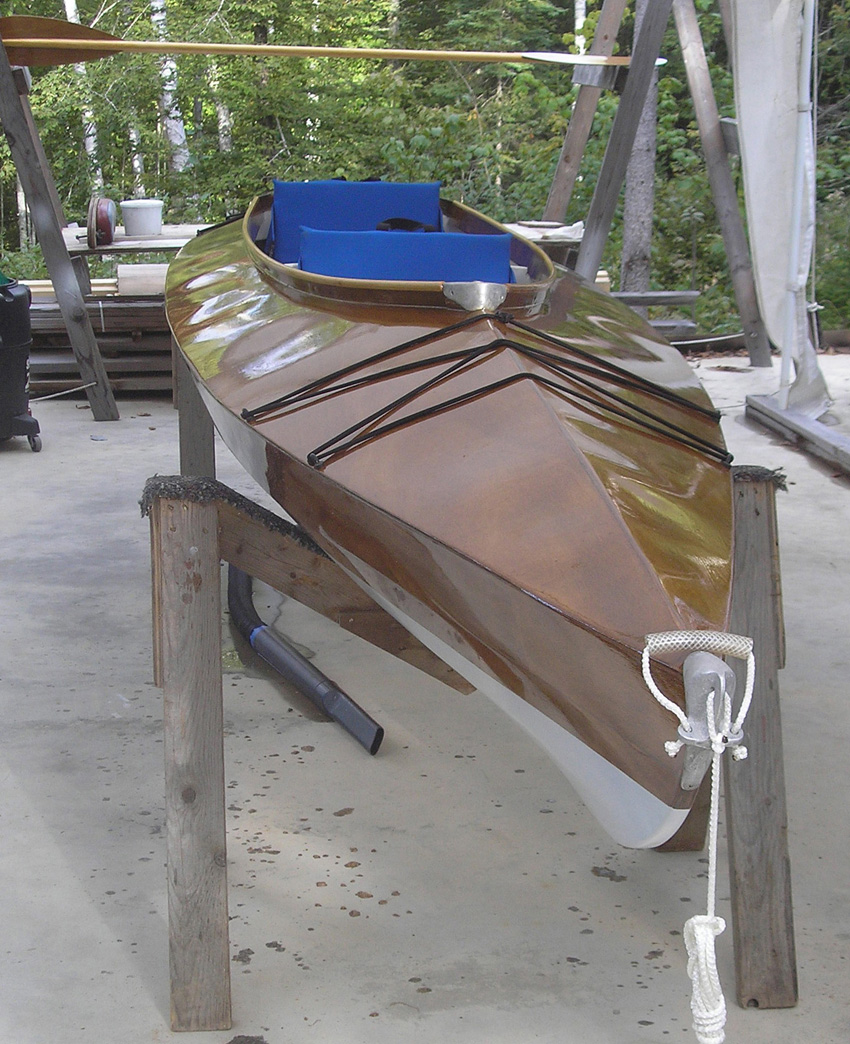 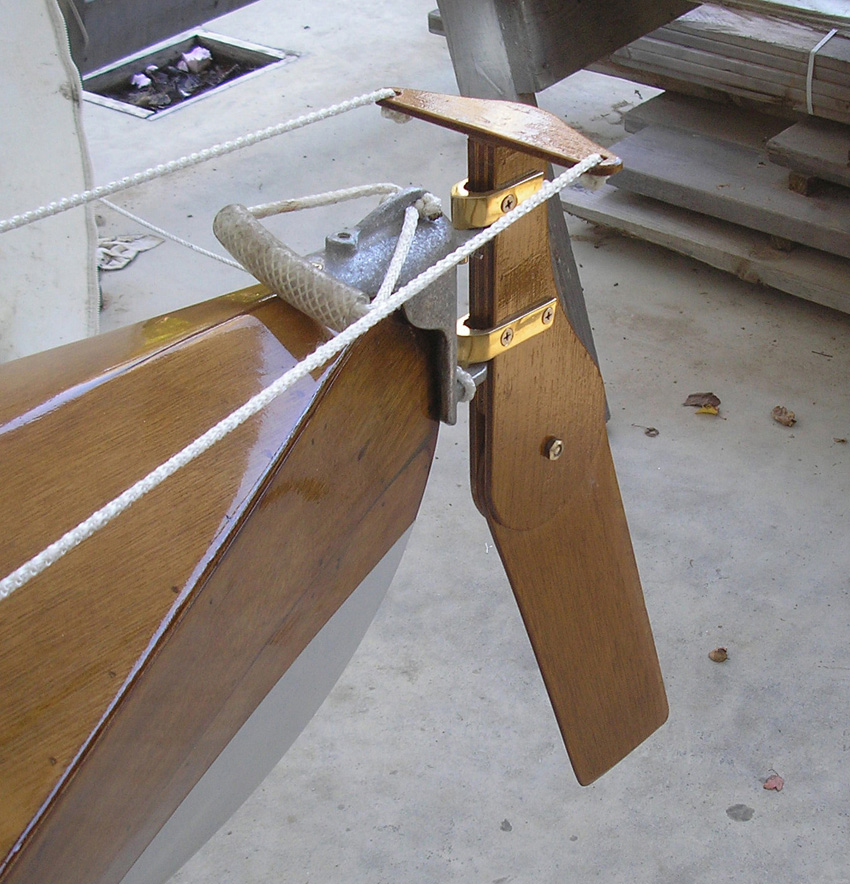 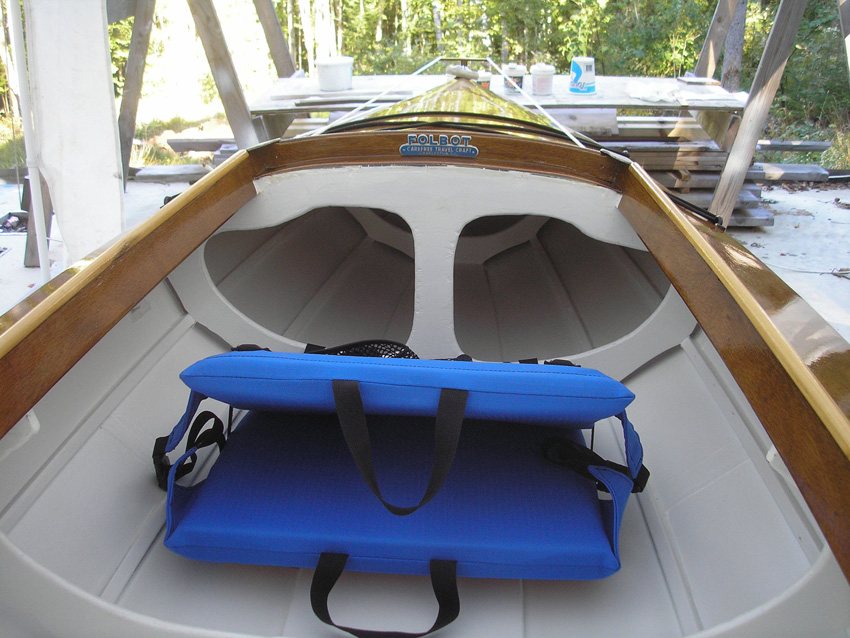 The “Crazy Creek” seats fold down to provide access to the lazarette. The seats can be removed for sitting around the campfire. 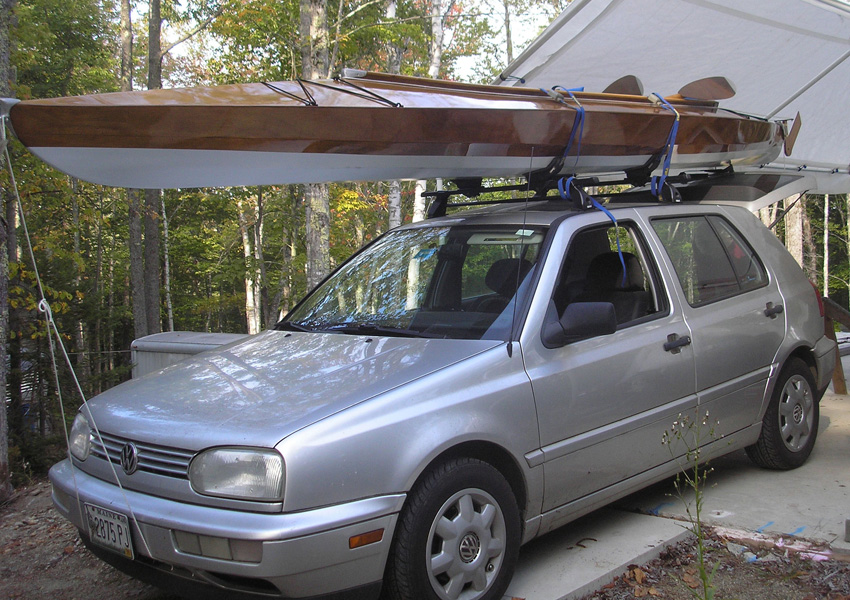 The Folbot on my VW Golf–it weighs about 85lbs, but is longer than the car! 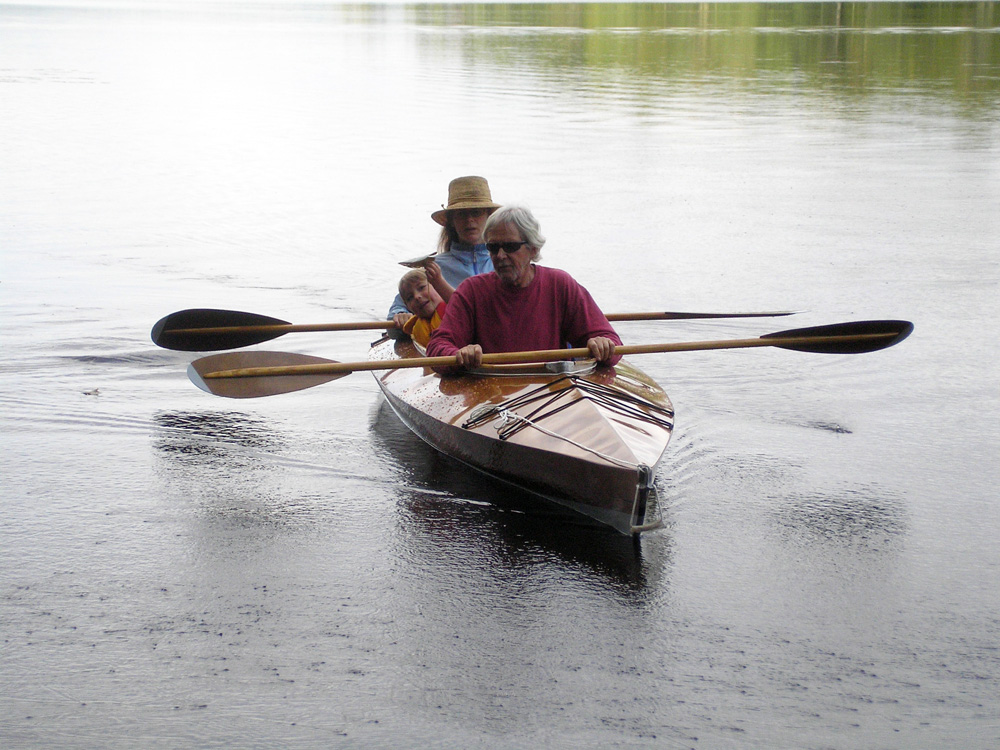 Reuel Parker paddling with his neighbors Claire and Cabot Adams. The custom Parker Marine right-hand-rotation paddles come with the boat.
*   *   *   *   *
The Pilot Schooner 60 LEOPARD was sold again in early 2014. If this is your dream boat, our builders can create a new one for you.
There is more information, photos and drawings of LEOPARD throughout our website. She appears on the PLAN PAGE, the GALLERY PAGE, the INTERIORS PAGE and the CONSTRUCTION PAGE, where you can view sequential photos of her being built. You can see her specifications by following the links from the PLAN PAGE.

LEOPARD is an ultimate world cruising sailboat for real sailing people. With a draft of only four feet, she can go where other cruising boats cannot imagine going. But with her huge foil-shaped centerboard down, she draws 9′ 6″, and with her overlapping lug fors’l, can beat to weather rapidly and efficiently, pointing high. LEOPARD is a very fast sailer, consistently exceeding her hull speed and cruising at 11 and 12 knots. She has won numerous races, including the 1994 Great Chesapeake Bay Schooner Race. She sleeps ten people. She can carry provisions for long cruises and ocean passages. Parker Marine has computed Weight Spread Sheets and Full Hydrostatic Studies for LEOPARD, available with Plans purchase. She is self-righting from full knockdown (masts in the water), and is a very stiff sailer. The Pilot Schooner 60 may also be built as a charter boat, and there is a full-keel option included with plans.

LEOPARD was remodeled in early 1999 by Reuel Parker and Bill Smith to her new owner’s requirements. She now has an owner’s sleeping cabin where the office was, and the office is now aft in the old captains cabin (quarter berth, stbd side). The port-side cargo bay was remodeled as a double cabin with head, and an additional fuel tank was added in the stbd-side bay.

Please email me for more information about the Pilot Schooner 60. This is a unique opportunity to own one of the world’s extraordinary historic replicas of an early 19th century Virginia Pilot Schooner. LEOPARD can be USCG certified as a 49-passenger charter boat.

LEOPARD is listed in the Registry of Tall Ships. 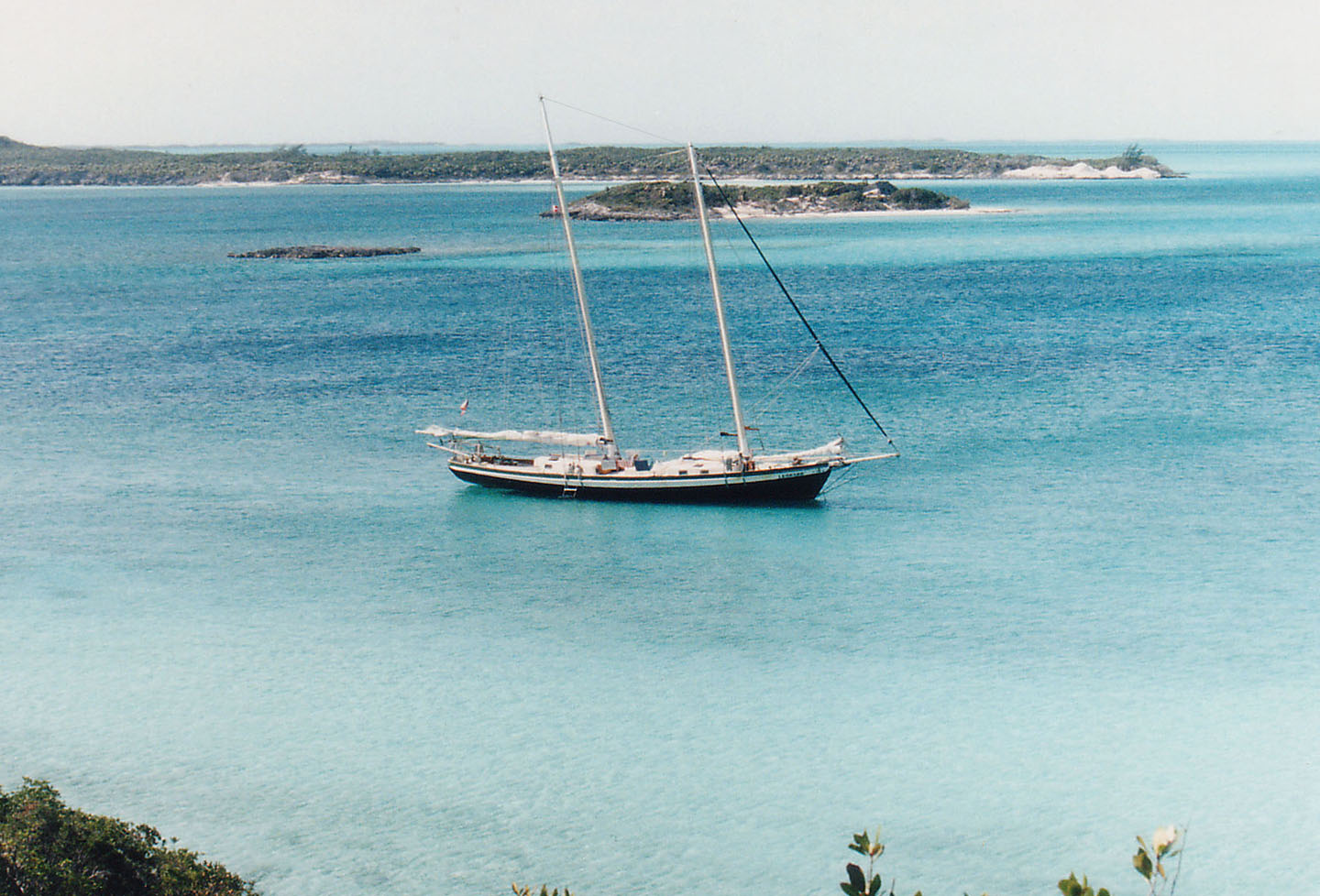